If you struggle with space in your home, then a Combi boiler is ideal for you. A combi boiler is very efficient as an all in one solution for your heating and hot water needs. There are no hot water cylinders or tanks in your roof space and you have hot water on demand unlike a traditional boiler.

However traditional boilers are better for larger homes with multiple use. A system boiler is also another option for larger homes which operate similarly to a combi but requires a hot water cylinder. For any boiler installation we do, we make sure not to cause too much mess and clean up after ourselves, allowing you to continue as normal with your new boiler.

Contact us to schedule a free visit to discuss your boiler installation in ST Albans. An expert engineer will come and visit and assess which boiler installation would suit your requirements depending on what you need. We can also discuss with you the benefits of each boiler, so you understand the options that you have. We will then offer a fixed price quote for all the boiler installation work and explain the installation process. Our engineers can work around your schedule to install your new boiler. And we also offer boiler maintenance and servicing around. 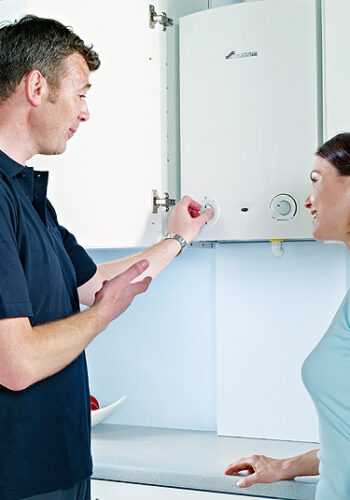 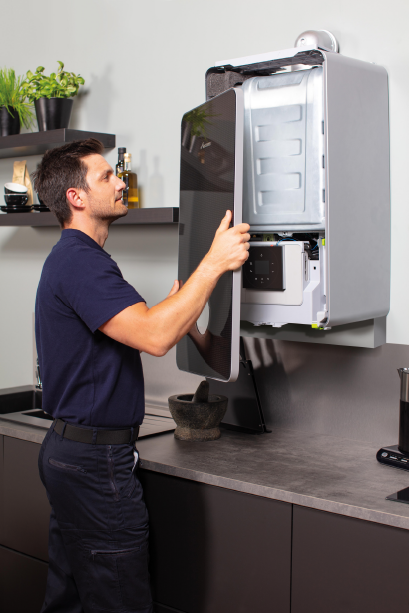 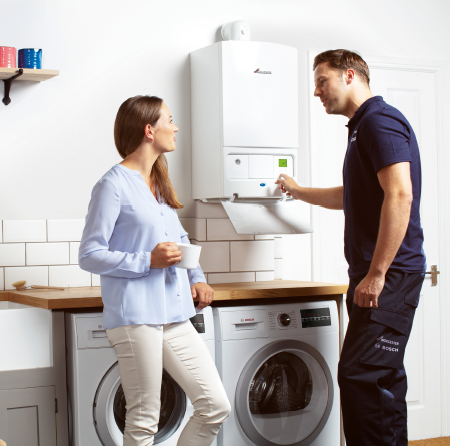 We are dedicated to getting you and your heating system back up and running as it should be. So, if your boiler has stopped working or is not working correctly give us a call and we will sort all your problems. If your boiler needs a new part, we can get that usually within 24 hours.

Common Boiler Repair Faults Below are some common boiler faults we can help you fix. If you require further information, then please do not hesitate to get in touch.

No heat or hot water This is a very common problem and can be caused for a variety of reasons. There may be no pilot light, a problem with a diaphragm, an airlock or a motorised valve may have failed. Also, it could be that your thermostat is not turned up high enough (a very common problem!) or there could be a leak on your central heating system that needs to be fixed.

Radiators not getting hot enough There could be air in the radiators which can sometimes be released by using a bleed key. Also, cold patches on the radiators can be caused by the system water being dirty. Your engineer may recommend a power flush to resolve this. Also, there could be a problem with the radiator valve which may need replacing. It is always good to have thermostatic radiator valves on your radiators as you can control how warm your radiator will get depending on your preferred temperature.

Banging noises There could be sludge or debris in your system water which is then going through your boiler or there could be air in the system. Also, if the boiler is scaled up, this will cause it to make some funny noises too. Alternatively, it might be that the water pressure is too low.

Pilot light going out This could be caused by a broken thermocouple or there could be a problem with the gas valve. Also, if the air seal is broken, a draught could blow out the pilot light. It may be that the pilot light needs to be cleaned as it may be blocked with debris.

Losing pressure The most common cause of a boiler losing pressure is a leak on the central heating system. Also, the pressure relief valve could be faulty and/or the expansion vessel failing (it could be both).

Thermostat problems Thermostats can fail when they get older as they can become inaccurate in their readings. This means that they turn the boiler on and off at the wrong times when they are not supposed to.

Leaking boilers From time to time, seals on boilers leak and need to be replaced. Faulty seals are the most common reasons for a leak.

Boiler keeps switching off This could be caused by low water pressure, a blocked condensate pipe, air in the system or the pump not circulating the water in the system properly. Contact us to schedule a free visit to discuss your boiler repair Stevenage. Our emergency boiler repair team will be able to solve all of these issues.

A Service to help keep your boiler running smoothly. Your gas boiler is an essential part of your home. You rely on it to bring your heating and hot water. Carrying out an inspection on your boiler will help keep it running smoothly throughout the year. JJ Heating and cooling Ltd. registered engineer will conduct a service on your boiler. They will also offer advice and tips on using your heating more efficiently. During your warranty period, which could be up to 10 years, manufacturers require you to have an annual service to keep the warranty valid. Whilst your boiler is under guaranty, if you do not have a service once in every 12 months then your warranty could be void. 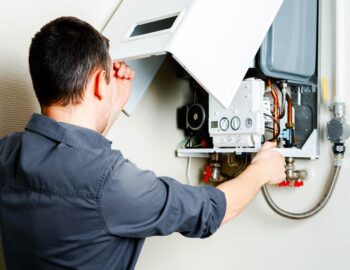 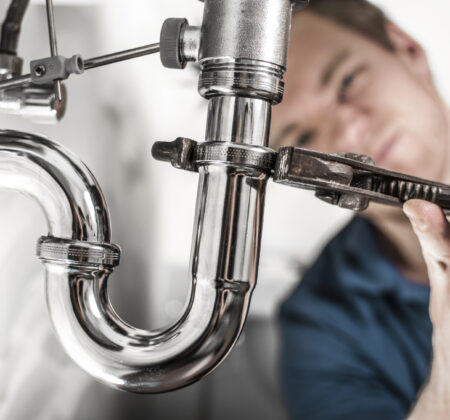 Whether the problem is with one radiator, a broken pump, valves you can rely on us to keep your home warm and your water hot.

Our engineers can provide a same day service or 24-hour emergency repair to assist you so that your home is not left cold. Our central heating systems specialists will come and check your boiler and radiators and ensure that they will be working and be energy efficient.

Central heating has become a necessity in our everyday lives rather than a luxury.

Poor central heating is more than just having a cold home. You are forced to spend more money and waste energy trying keep the heat up. We are able to upgrade your current system or carry out a full replacement depending on the extent of the damage and your budget. Contact us to schedule a free visit to discuss your plumbers in ST Albans.

We are fully accredited Gas Safe Engineers. We can either carry out inspections prior to or during tenancies, with minimal fuss and disruption. If there are any issues, we will advise you and provide you with a no-obligation quote for any necessary work. In addition, we can install CO alarms for extra protection.

Our landlord services are designed to ensure you meet your legel obligations quickly, cheaply and with as little fuss as possible. We only use gas and heating engineers who are on the Gas Safe Register, so you can be sure your property is in the best hands.

UK landlords with gas appliances and fitting – including central heating, boilers and flues – must conduct an annual safety check conducted by a Gas Safe engineer. If you are unsure whether the Gas Safe regulations act (1998) applies to you, you can find out on the government’s Health and Safety Executive (HSE) website. If you are a landlord however, it is very likely that these laws do apply to you. You must keep record of the safety check for two years and supply new tenants with a copy of the certificate before they move in and within 28 days of completing a new check. 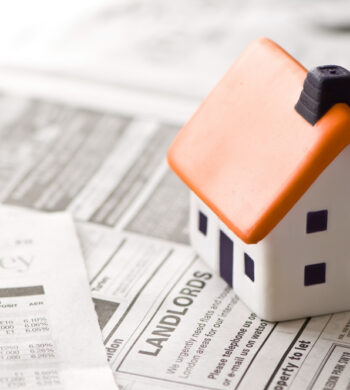 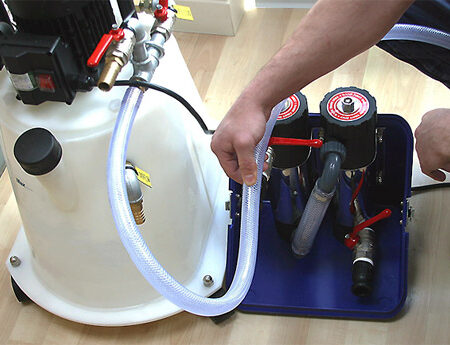 There are a number of reasons why you may need a power flush for your central heating system including cold spots, noisy pumps, leaks or if your radiators need bleeding or venting often. Power flushing consists of many steps that should only be carried out by a professional.

A chemical is added to the system which helps to remove the deposits. This is circulated through all the radiators and is reversed to help the flow of the chemical. The deposit is then disposed of and the mains supply is connected to the radiator flush circuits. The water that was being used to flush the system is discarded out until it comes out clean.

The main benefit of power flushing is that your central heating system works much more effectively and efficiently. The pipes become free of any sludge and deposits, so your boiler does not have to work as hard to keep your house warm or provide hot water. Contact us to schedule a free visit to discuss your power flushing borehamwood. 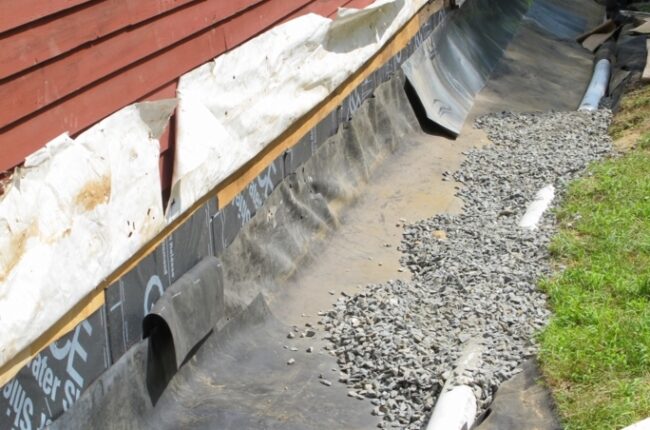 Whether you have an existing drainage problem that keep raising its head:
Blocked Sinks
Blocked Drains
Blocked Toilets
Blocked Pipes 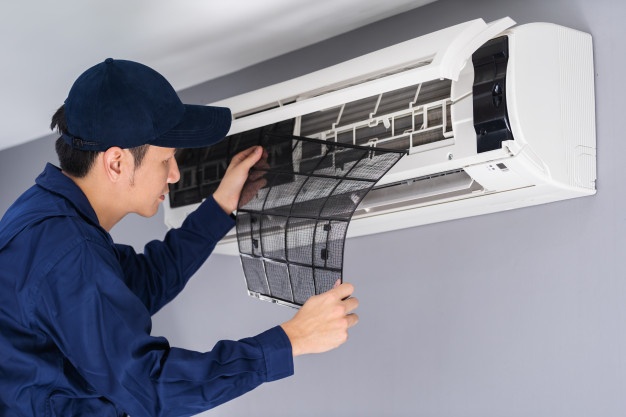 We offer guaranteed Ac Installation service with full satisfaction to all our customers. Our expert team can solve all installation problems and will make sure that the AC is properly installed to give you maximum cooling and installed properly. Our emergency air conditioning services Stevenage team will be able to solve all the issues.

ARE YOU LOOKING FOR A